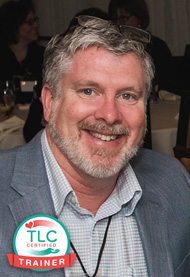 Bob Leib graduated from the Los Angeles College of Chiropractic in 1989. He began his chiropractic career as an associate in a New York chiropractic office until July 1992. The next move was to Virginia Beach where he opened a primarily cash practice that is still running today. Finding that model successful, in 2007, Dr. Bob decided to open a second practice in Portsmouth, Virginia. He sold that second practice in 2013 and to this day, the doctors who now own the practice are achieving great success. Dr. Bob has raised up many associates and continues to practice in a TLC ADP model practice.

Another one of Dr. Bob's strengths is his ability to teach and he is a distinguished speaker with many chiropractic groups all over the country. He started with the Total Solution program and Chiropractic Leadership Alliance (CLA) in 1995.

That drive to spread the chiropractic principle prompted Dr. Bob to hold numerous positions with the Hampton Roads Chiropractic Association including being the past president. In 2008, he was the district representative for the Virginia Society of Chiropractic. He is currently co-chairman of the practice management committee for the Unified Virginia Chiropractic Association (UVCA). Most recently, Dr. Bob is also a lecturer of continuing education courses at our TLC4Superteams seminars. He also gives back to the profession by being an accountability coach for our TLC members.

When not teaching or practicing Chiropractic, Dr. Bob spends time with his wife Deanna and his family. They have a new addition to their family with their 1 year old son Bobby. When they can sneak away for a moment, Virginia Beach provides great boating/fishing/beach/and golf escapes to recharge.

Foundations:
Compilation of Coaches "Why" Statements
Return to Coaches Bios